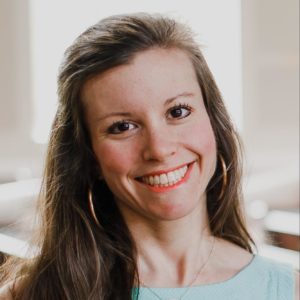 Liz Stoioff grew up in central North Carolina, then headed to Greenville, South Carolina to study at Furman University. After a brief stint back in North Carolina to get her master’s degree at UNC Chapel Hill, she headed back to the Palmetto State for her first few years in the “real world.” Liz eventually found her way back to the Tar Heel State, and has been working at CGS since early 2014. As Communications Coordinator, Liz compiles the weekly bulletin, e-newsletter, and prayer sheet, and other miscellaneous churchwide communications. She also manages content on the CGS website, coordinates facility use reservations, and provides general administrative support. Learning how to use InDesign software has been Liz’s greatest accomplishment during her time at CGS so far. Liz’s favorite aspect of working at CGS is the wonderful team she gets to be part of everyday. When she’s not working at CGS, Liz loves spending time with friends, going to the beach, creating content for her fashion & lifestyle blog, and watching college football and basketball. She is a lifelong UNC Tar Heels fan, and her time in South Carolina made her an avid Clemson Tigers fan as well. Liz believes that fall Saturdays are best spent in Clemson’s Death Valley stadium. If anyone in the office needs to know the latest college sports news, they know to ask Liz!