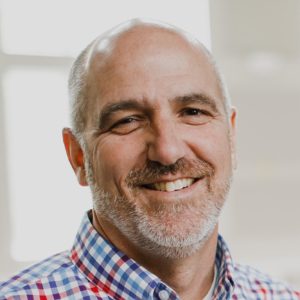 A native of Silicon Valley in California, Pastor Chuck Jacob received a B.A. in economics from Stanford University (Palo Alto, CA) after spending his first two years at Westmont College (Santa Barbara, CA). He then worked in Washington, D.C. for nine years, first at the Federal Reserve and then as a lobbyist for Apple, Inc. After he received a Master of Divinity degree in 1998 from Reformed Theological Seminary, Orlando, FL, Chuck’s pastoral ministry began as Teaching Pastor at Second Presbyterian Church (EPC), Memphis, TN. In December 2003, He moved north to become Senior Pastor of Knox Presbyterian Church (EPC), Ann Arbor, MI. In July 2015, he moved back south to become Senior Pastor of Church of the Good Shepherd. He preaches most Sundays and oversees all matters relating to the worship service. He leads the church’s governing body of elders (The Session) and staff in matters of vision, future direction, and ministry.

If asked what his hobbies are, he says they are all athletics (except curling) and whatever his children are doing at the present moment. He hates dandelions, loves old growth Sequoias, and is asking God for a home on the Big Sur coastline in the New Heavens and New Earth promised by Jesus. His favorite movies are typically older (e.g. Mr. Smith Goes to Washington, It’s a Wonderful Life, Fiddler on the Roof, etc.) and character studies (e.g. Rocky, A Beautiful Mind, Chariots of Fire). He loves movie scores and classical music. Despite the best efforts of his fashionable friends, he’s committed to tucking in his shirts, including T-shirts. And he calls himself “old school” at every opportunity.

One friend said he has the soul of a Russian poet who spent 20 years in a Gulag. If asked his personal vision of manhood, he says it’s some kind of combination between Tevye (Fiddler on the Roof) and Forest Gump.